Showing posts from August, 2017
Show all

Only three days until Solve by Christmas hits the shelves! If you haven't yet snagged the pre-order bonus, now is the time. You'll get over 15 minutes of exclusive video discussing behind the scenes of the book as well as a downloadable file with printable postcards, gift tags and more. All you have to do is pre-order the book for only $2.99, then forward your receipt to vwpreorder@gmail.com to claim your free material! Here's the links to pre-order. http://www.amberschamel.com/pre-order-specials.html  About Solve by Christmas When sabotage threatens the Rudin Sugar Factory, Detective Jasper Hollock believes this will be his first real case. But dear Mr. Rudin—the only father Jasper has ever known—holds a different assignment for his private investigator. “I’ve struck a deal with God, Jasper, and you’re my angel.” Mr. Rudin charges Jasper to build a “case” of reasons for his employer to continue his life. If he fails, Mr. Rudin will end it in suicide on
Post a Comment
Read more 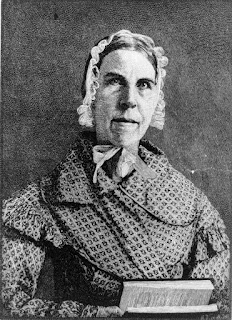 Continuing our series of Sisters That Changed History, we're now brought to the antebellum era in the United States. Although thirteen years apart, Sarah and Angelina Grimke were very close and became legends during their own lifetimes. Sarah Grimke (Public Domain) Sarah was born into the home of a wealthy South Carolina family on November 26, 1792. Her father was a prominent Charleston judge and a slaveholder. He was a strict disciplinarian who believed his children should learn hard work. As a result, he would often send them out to work among the slaves in the cotton and corn fields. Although we don’t know the exact instances, it must have been here that Sarah, as well as her younger sister, Angelina, saw something at a young age that made a very deep impression on them. It caused them to fiercely oppose slavery despite the contrary opinions of the rest of their family. Read the rest of the article here. Now available for pre-order! I'm also pleased to annou
Post a Comment
Read more
More posts