Showing posts from July, 2015
Show all

This Day in Christian History: Birth of Heinrich Bullinger

This Day in Christian History: July 18 July 18, 1504: Birth of Heinrich Bullinger Heinrich Bullinger was born to Heinrich Bullinger senior, a Dean of the capitular church, in Switzerland. At that time, clerical concubinage had been sanctioned by the Bishop of Constance, and Heinrich was the fifth born son from Heinrich senior and his concubine, Anna Wiederkehr. Heinrich intended to follow his father into the clergy, but it was during his college years that he came in contact with Luther's teaching. Heinrich came to the conclusion that Luther's teaching was faithful to the Bible, whereas the Catholic church order. He ceased receiving the Eucharist, which banned him from clerical posts. Bullinger began aiding later succeeding Zwingli, carrying on his work until he died in 1575.
Post a Comment
Read more

Should Independence Day by July 2nd or 4th? 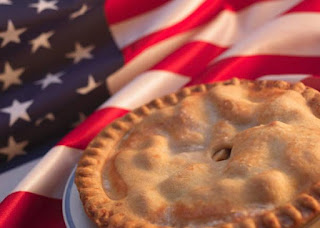 Should independence day be today, or the 4th? Today I'm blogging over at Heroes, Heriones and History. Find out why John Adams thought it should be today. Happy Independence Day! Most of you are probably thinking, "Hey, wait a minute, Independence Day is still two days away." Ah, but the answer isn't that simple. Did you know there are folks who believe Independence Day should be celebrated today--on July 2nd--rather than on July 4th? To understand this, we need to take a closer look at the timeline of the Declaration of Independence.   Click Here to read the rest of the article.
Post a Comment
Read more
More posts